During 2019 BBA continued with the implementation of Web4YES project which is in its 2nd year now. This project represents a regional-scale initiative designed to deliver innovative cross-sectorial approaches and provide young unemployed citizens of the Western Balkan region opportunities for employability enhancement and employment. The project is designed to address the existing challenges of insufficient cooperation among the civil society actors and public authorities in Western Balkan in the policy processes and decision-making toward the reform process regarding youth unemployment.

Among the main activities of 2019 were:

Policy Dialogue: National Advocacy Campaign– with the support of the National Fora (establish in 2018 by the project) and with the collaboration of National Youth Congress, BBA engaged in the process of supporting the improvement of the Draft Law on Youth, initiated by Ministry of Education, Youth and Sports. Though a set of meetings with youth CSOs in Albania, consultations with different stakeholders and lead by NYC, the campaign took a stand in proposing the government a set of measures and recommendations that would improve the Law on Youth before its approval in Parliament.

“Development of Public Policies in the Youth Employment Field” a 2 days training hosted in Durres on 3-4 April 2019, with participation of 15 grassroots CSOs from Durrës, Fieri, Korça, Lezha, Shkodra, Tirana, Vlora and Pogradec. The aim of the training was to offer CSOS a chance to improve their capacities in advocacy and youth employment policy development.

Launch of the Open Call for the Award of the Small Grants Scheme and organization of 2 info session. About 50 representatives of 35 grassroots organisations working with employment and entrepreneurship issues of youth all over Albania, took part in the two info sessions that were held in Arka Youth Centre in Shkodra on 24 May and in Europe House in Tirana on 27 May.

Grant Award Ceremony for 18 small scale civil society organizations from the Western Balkans was hosted by lead partner BOS in Belgrade where 4 Albanian CSOs, National Association of Orphans of Albania-ANOA (lead), Support to Women Householders Association (lead), Vjosa Explorer (lead) and Institute for Change and Leadership in Albania (Partner) were among the 18 CSOs that have been awarded with the financial support from European Union.

Capacity Building Trainingheld on 5-7September in Belgrade, with the aim to strengthen the grantees capacities and knowledge for the implementation of the project. 18 CSOs from the WB region participated to the event. Throughout the training, participants were be instructed about all segments of the project implementation process, but also about the advocacy campaign planning and implementation provided by the experts form the Belgrade Open School.

Study visit in Sweden and Denmark– From October 7 – 11, 2019, representatives of the 18 awarded CSOs and the project partners participated in a study visit to Sweden and Denmark, organized by Olof Palme International. The aim of the visit was to strengthen the capacities of 18 award-winning Western Balkan organizations through learning about mechanisms and good practice examples in Sweden and Denmark regarding youth employability policies. Among the visited institutions and CSOs were: FH – Danish Trade Union Confederation in Copenhagen, Danish Foundation for Entrepreneurship, Swedish Trade Union Confederation, Drivhuset Hub in University of Malmo, Malmö folkhögskola, Citizens’ Association Career Academy of the Malmo Football Club, National Employment Service in Sweden.

WEB4YES has been supported under the framework of the Civil Society Facility and Media Programme 2016 – 2017 Consolidating Regional Thematic Networks of Civil Society Organisations by the European Commission. WeB4YES Project will last for 36 months starting from January 2018. 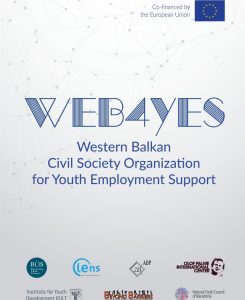 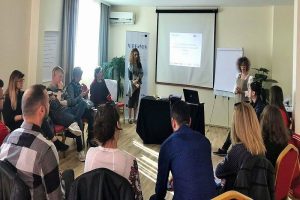 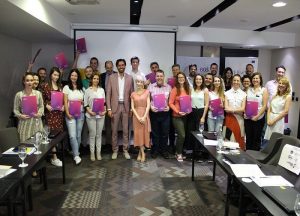 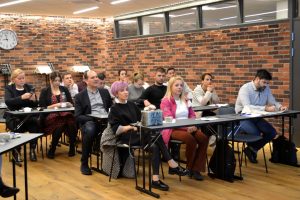 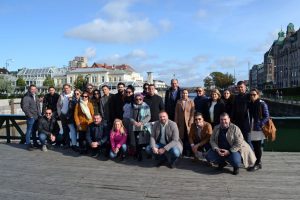 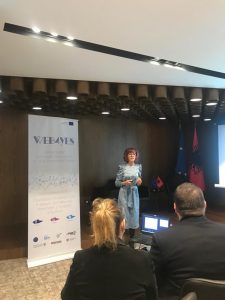 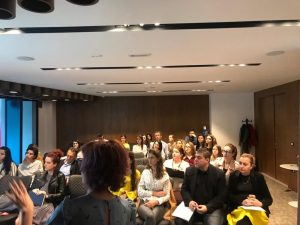