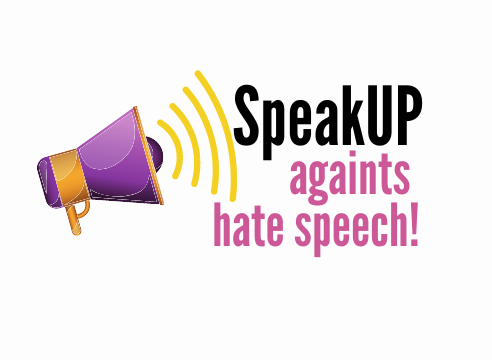 admin is organizing this fundraiser.

SpeakUp is the newest project of 2021 that BBA has started implementing from January. This project aims to increase the public awareness and open up a social discourse by exposing hate speech, and calling for a cross sectorial approach and an enabling environment for commonly developing counter narratives in fighting hate speech. This will be reached through a set of objectives that are transformed in concrete activities. The main objectives are:

The main activities we will be implementing are:

REACT – REAGO is the national campaign on combating hate speech seeks to primarily assure that the voice of the most affected groups and individuals is heard and that a public discourse is started. The campaign will be composed of various thematic online and offline events, focusing on European human rights values as well as addressing the specific problematic LGBTI and Roma community, as the most affected groups by hate speech in Albania.

The National Online Platform against Hate Speech, www.nohatespeech.al seeks to fill in gaps identified previously in this proposal, by also establishing a new collective space where everyone can feel free and safe to get informed, learn more and support victims of hate speech. It will seek to bring to the wider audience 3 main components: information and education material; data collection and public awareness raising and an online training module on no hate speech.

This project is financed by European Commission and Council of Europe and is implemented within the joint European Union/Council of Europe programme “Horizontal Facility for the Western Balkans and Turkey 2019-2022”.